Scroll through our press page for the latest updates and announcements about Cache Creek Casino Resort.

The San Francisco 49ers today announced the addition of Cache Creek Casino Resort and the Yocha Dehe Wintun Nation as a proud partner of the team with a multi-year deal that includes presenting sponsorship of the 49ers pre- and post-game radio show on KNBR 680AM and throughout the 49ers Radio Network.

As early as the regular season home opener this Sunday, Cache Creek Casino Resort will begin launching an array of activations around Levi's Stadium for the 2019 season to complement the game day experience for the 49ers Faithful. In addition to digital prize giveaways for fans attending each game, Cache Creek will also offer other engaging promotions throughout the season. "As premiere entertainment providers rooted in Northern California, the 49ers are excited to welcome Cache Creek Casino Resort as a corporate partner supporting our efforts to bring the game to 49ers fans everywhere," said Brent Schoeb, 49ers Chief Revenue Officer. "As Cache Creek continues to expand its entertainment destination, it will afford the 49ers Faithful new opportunities on game days and non-game days for many seasons to come." Within Levi's® Stadium beginning this week, fans will notice new Cache Creek Casino Resort signage on the visiting players tunnel behind the northwest end zone. Cache Creek will also be the official presenting sponsor of the Faithful Appreciation game on December 21st or 22nd when the 49ers host the Los Angeles Rams. "The San Francisco 49ers are an elite, legacy-minded organization, with a storied record of success at the highest levels," said Kari Stout-Smith, Cache Creek General Manager and COO. "Our brands have been aligned in similar ways for many decades. At Cache Creek, we strive to deliver the best possible guest experience to our guests and aim for the pinnacle in terms of success. We also share a deep commitment to the diverse Northern California community." 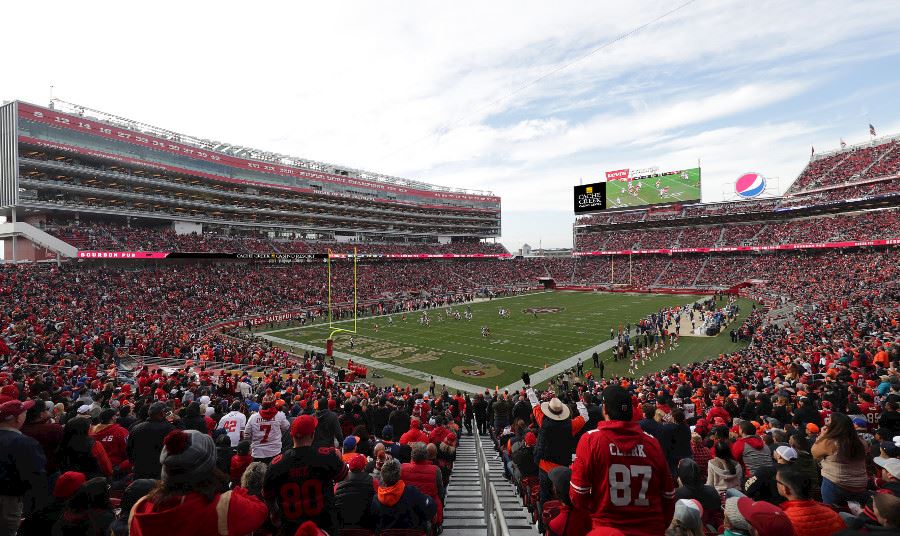 Other key elements include: an onsite guest engagement location; a robust co-branded media campaign, including TV/radio, digital media and in-stadium signage; and one-of-a-kind experiences for Cache Creek VIP guests, including alumni appearances. The partnership also provides an opportunity for the Yocha Dehe Wintun Nation, owners of Cache Creek Casino Resort, to share its premium Séka Hills brand of award-winning agricultural products with a broader audience. "We are proud to partner with the San Francisco 49ers, which is clearly an iconic sports brand in Northern California with a rich history on the field and in the community," said Anthony Roberts, Yocha Dehe Tribal Chairman. "We are certainly excited to help 49ers fans learn about Yocha Dehe's long history here in Northern California, and introduce them to our Cache Creek and Séka Hills brands." In addition to the San Francisco 49ers, Cache Creek maintains sports partnerships with other high-profile regional sports organizations, including the Oakland A's, Golden State Warriors, San Jose Sharks and Sacramento Kings.